while the summer is coming to an end in the northern hemisphere, the summer of code program reached its end too. and in my opinion, it was awesome! in this post i will give a not so short summary about our recent improvements. 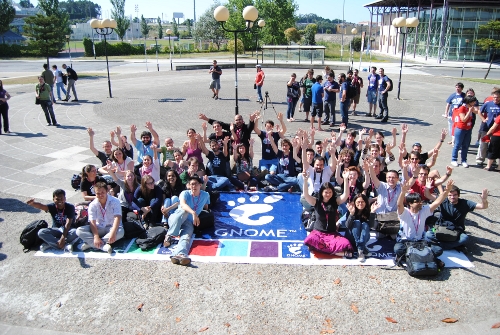 last year, we sucked. but the good news is that we knew we sucked back then and we decided to change. having several secret meetings over the last year we thought of things we could do better and where we could improve. the basic outcome of this was the gnome outreach program, which nowadays encloses the outreach program for women, google summer of code, google code-in and gnome love. this helped to improve the resources available for all newcomers and guidelines for future mentoring programs.

a thing which bugged me for several years now was unmerged code of students. you might remember andré and myself giving a talk about this topic at the desktop summit in gran canaria. this year however we were able to ensure that the students connect with a potential mentor for the idea they were proposing before applying. we also required the students to make a contribution to the project they are applying to work on. as a result, all successful applicants demonstrated their ability to work on the project they proposed and discussed their proposal with their potential mentor.

a further issue was the publicity of the students during their internship. during past summer of code programs, people seldom knew about students' projects. this was fixed by including all students on planet gnome and compelling them to write bi-weekly reports about their projects. you certainly did not miss this if you were reading the planet and this certainly helped students to receive feedback, tips and hints. i especially was amazed by the amount of positive feedback they often received. 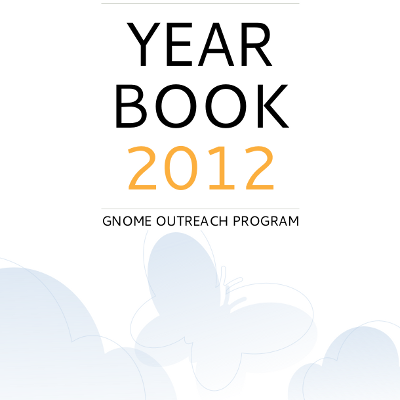 in july we were busy preparing the outreach yearbook 2012. in this book, you will find all participants from google summer of code 2012, the outreach program for women 2011/2012 and 2012. it features short interviews with contact details about each student. printed copies were handed out during guadec to attending students. if you haven't seen it already, be sure to download your copy! 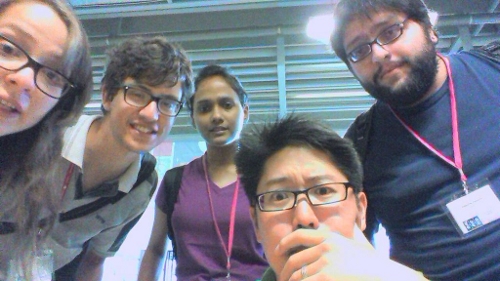 talking about guadec, it was awesome, wasn't it? with the help of the travel committee we were able to bring 23 students and interns to guadec. and if you were there you certainly could not oversee them wearing pink shirts and big boxes of ice cream... just kidding! this year however we wanted to make sure that students didn't feel lost and were introduced to the community. we had an interns lunch the first day of the conference were they had the chance to meet other fellow students and interns. at the same time we disclosed our big secret, the gnome outreach game! diego prepared a sort of treasure hunt game for the students where they had to track down people with t-shirts from past guadec conferences, taking some fun group shots or simply asking people questions about gnome mysteries, such as several occurences of the gegl or some mysterious disappearings probably executed by the swedish conspiracy. the photo above was voted as the favourite group shot by the outreach admins. below you find the winners of the outreach game (yeah, two teams won ;). at the top of this post you can see a group photo of all interns, mentors and admins at guadec. credits to ana for the photos. 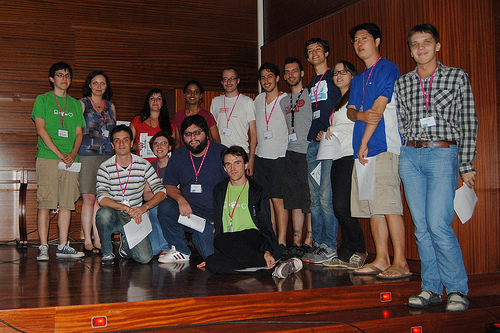 finally, we have a place where you can find a list of all projects with everything you want to know about them. so, be sure to check them out! keeping those project pages up-to-date was an important requirement for all students and allows people in the future to check what has been done and being actually able to find code, documentation, easter eggs etc.

this leaves me to say, that we are really proud of our students and interns. some students already have had their work merged and will see it released as part of gnome 3.6. we hope inclusion is coming soon for the rest of them. sincerly, your friendly gnome outreach admins, alexandre, christophe, daniel and marina.