what happens when a mirco müller, a patryk zawadzki and a crazy cheese developer come together? well, nobody tried it yet, but macslows countdown widget, which he posted yesterday was matter enough for me to force my slave patryk to integrate that into cheese.
press relations officier of cheese said that it was an honour for him to follow the GNOME release cycle, release the first package in this year, and to have such important persons working on cheese (i do not really know, who he meant, but probably myself). further he could get a really really really important person in the GNOME network to my house, who then recorded the screencast of cheese with the main developer.

Cheese is a Photobooth-inspired GNOME application for taking pictures and videos from a webcam. It also includes fancy graphical effects based on the gstreamer-backend.

where can i get it?

you can get it by pressing here!

no screenshot this time! i have something better for you: ~2mb 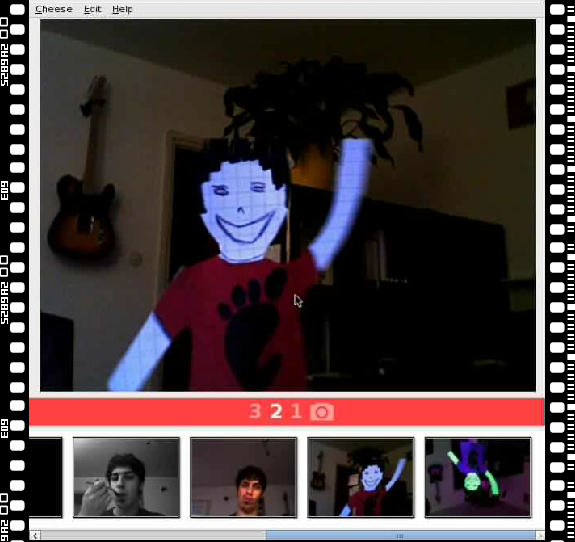